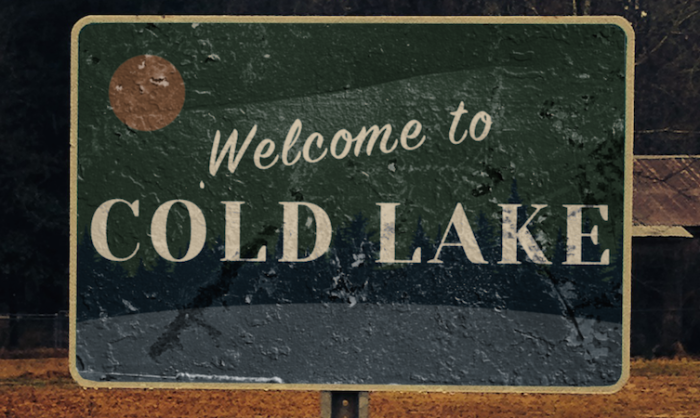 First up is my 3-part interview with the show’s writer-director and cast member Colin Waitt. In part 1, we talk about Midwest culture, the simple pleasures of the Minnesota State Fair, and why audiences love small-town stories.

What is From Cold Lake, and what would you say your role is in it?

From Cold Lake is a serialized radio play set in central Minnesota, and it features live music and a cast of many, many, many characters. I write it, direct it, and I act in it as well. It’s not a one-man show, thankfully. It features a lot of insanely talented people that make what I do look all the better because they are super talented.

That was actually one of my first questions that I had for you. Since you have such a large role in it – writing, directing, and also acting in it – how does that affect your working relationship with the rest of the cast and with your producers, or does it affect it?

That’s actually a really interesting question. I think with the cast, there are enough people that I’ve worked with before that if we’re acting together or they’re seeing something that I’m doing in a scene, they would let me know. They feel comfortable from the acting standpoint

From the writing and directing, it’s funny, I think at first, people were tentative because when the person wears both of those hats, you want to ask questions to clarify what you’re doing in a scene, what you should be doing, what is working, and what is not working. You don’t want to step on any toes, and so if the writer is not in the room, you can ask much more blunt and specific questions about that, right? And if the director is not there and you just have access to the writer, you can ask more specifically about the meaning, and it doesn’t matter if what you hear contradicts what you think – you know what I mean. At first, I think people were tentative. Ultimately, I think, or at least I’m perceiving, people seem to be okay with it, and it’s working out to kind of know that they can ask me questions with the many, many hats that I wear, and I won’t be offended and just want them to do the best they can do.

Our producers are really great because we’ve worked together with me as a producer, so I think that we can be a little blunter with each other and much more short-hand about what we’re doing. Kristin [McCarthy Parker] and Stephen [Stout] are very specific and give very clear feedback about things that only ever makes it better.

Would you say that this is – as far as the roles you are playing – the most creative control that you’ve ever had over a project?

Yeah, and the reason that I ended up deciding to direct it is just because it is set in such a specific place that the thing I’ve realized – because I’ve written other plays and various little things set in a rural Minnesotan setting, I’ve realized that you kind of have to explain. It’s like teaching someone a new language in terms of the subtext, the things that people will say and will not say and what that means and the sorts of things you throw away and that’s what the funny actually is, or if you play this like it’s funny, it’s actually really tragic, and that’s kind of the point of what this is. So yeah, it was to make it easier so that I wouldn’t have to be having to explain to a director that is potentially not from the Midwest what these things mean.

And in the same vein, what is your experience with Minnesota?

I feel like I have to say, this is totally not autobiographical at all. It’s not about anyone I know. I’m from Minnesota. I left Minnesota when I was 23 or 24, and the longer I’ve been away from it, the more I realized how very specific and singular it is as far as a culture.

As opposed to other areas of the Midwest.

Because when you grow up there, it’s just normal. That’s your life, but it’s just like living in New York. I pick up on things that are very specifically New York, or I lived in London for a while and it was like, oh, this is a very specifically London thing. And the further I get from my time having lived there, the more I’m fascinated by the passive-aggression and the subtext of everything. I think it’s just so rich for comedy because people clearly are thinking something and then they can’t let on that they are, and so how do they navigate that? That, to me, is like gold to watch, and it’s such a delicious treat. It gets so uncomfortable and so awkward, and I really love uncomfortable and awkward.

I try to make all the characters have a very clear opinion of the others, even if the other characters aren’t necessarily aware of it, and I think that’s great. There’s such, you know, if you’re in Minnesota and you get your hair cut and someone doesn’t like it, they’ll just be like, “Oh, you got your hair cut.” And it’s like, great, you hate this. All you can say is the observation of this, and you read into it, and it’s the whole thing of constantly reading between the lines. I just think that’s fascinating. I’m hopeful that people I know in Minnesota won’t be like, “What have you done to us? You’ve made us look crazy.”

As someone from the Midwest, I don’t think so.

Right, right. So it’s quite the same but different. I was just home for two weeks and went to the Minnesota State Fair, which is the best of – you walk a fine line between enjoying with everyone and sort of laughing at yourself for enjoying some of it. Everything from butter sculpture competitions to going to the local artist booth.

Which, who knew, is a strangely political genre of art. There were a lot of Prince tributes, of course, in the seed art. It’s so wonderful because there’s so much love that goes into it all, and it’s so specific.

So specific and so earnest!

And so earnest, I love that as well. Oh, seed art. It made me wish I had thought of this for the August edition. Each episode takes place in the month that it’s in, so I try to be very mindful of seasonal things like planning ahead, this is when everybody will be hunting, or this is when we’re most likely to have a potluck. Stuff like that.

What would you say is the key to nailing the perfect Minnesotan accent?

Vowels. Very round vowels, and if you say it with a smile, it’s all the better.

Small town tales have always been a part of popular culture, going back to Mark Twain, Garrison Keillor’s Tales from Lake Wobegon, the town of Stars Hollow in Gilmore Girls, and even Welcome to Night Vale to a certain extent. What do you think is the appeal, particularly New Yorkers, for stories like this?

There’s something really beautiful and slightly sad about living in a place where the smallest thing means everything. When I lived in the UK, one of my best friends was from Huddersfield, which is a town up in the north where – it’s not even a town, it’s a village, right? And I went to spend a Christmas with her family, and her mom was talking about this lady down the street who gets her dishwasher repaired. It’s all she talks about for a month. That’s really funny, and that’s the event of the month, and I find that very interesting. There’s the potential for comedy because you can get these crazy rivalries, you can get this crazy drama out of nothing, but then there’s also a deep sadness. You know, if you’ve lived somewhere where there’s not a lot to aspire to and you end up staying, what does that mean for you and your life and the happiness and satisfaction that you derive?

So yeah, I think people like that because it also kind of contextualizes life in the big city. Living in New York, it feels like anything could happen at any moment, right? But still, that’s our perception of this bubble, but there’s still the whole world out there, right? I think something like Cold Lake or Lake Wobegon or Welcome to Night Vale reminds you of how small your corner of the world actually is.