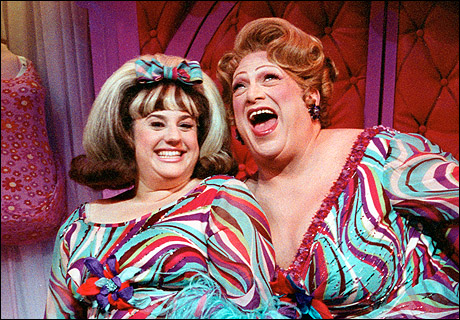 Gender-bending and cross-gender acting in theater is a tradition that goes back to its very beginning. For hundreds of years, the stage was not considered the proper place for a woman, so male actors would play both male and female characters.

Today, society has clearly moved past its disapproval of women on stage, but male actors still play female characters surprisingly often. These performances are usually broad and silly, and they are meant to be more campy and self-aware than their counterparts from the 1500s.

Despite the prevalence of men playing women on-stage, however, there aren’t that many cases of women being cast as male characters. While men have played Edna Turnblad and Agatha Trunchbull (not to mention Jefferson Mays tackling eight members of the D’Ysquith family, both male and female, in A Gentleman’s Guide to Love and Murder), examples of women playing male characters is a very short list. Melissa Etheridge as St. Jimmy in American Idiot…and Mary Martin in Peter Pan…and…well, leave a comment below with any other examples.

All of these thoughts were bouncing around in my head this week, and I kept thinking about Matilda and the role of Agatha Trunchbull. While I have not seen Chris Hoch’s performance yet, I did see Bertie Carvel’s performance twice, and I was impressed that he played Trunchbull as a woman, not as a “man-playing-a-woman.” (There is a huge difference.) The character is very funny, but the humor didn’t come from a man playing up stereotypically feminine traits.

Jean Valjean might seem like the obvious choice for this leading lady of the stage, but Inspector Javert as a character plays more to her strengths. Javert is a complex creature, the son of a criminal who grew up in prison and dedicated his life to upholding the law. Patti LuPone is best known for her performances of complex and arguably unlikable characters like Mrs. Lovett in Sweeney Todd and Rose in Gypsy, and though Javert is a man of the law, it is difficult to make him sympathetic to the audience. People want Valjean to escape from Javert and make a new life for him and Cosette, and it is difficult to understand Javert’s obsession with capturing a bread thief without the proper actor in the role. Patti LuPone’s Javert could be a truly tragic figure, and I imagine her rendition of “Stars” would be magnificent and unlike anything Les Miserables fans have heard before.

Raul Esparza as Rose in Gypsy 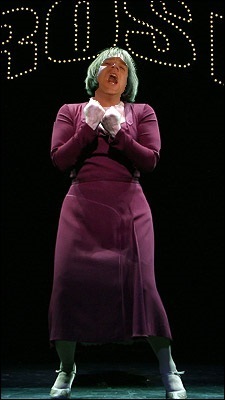 Speaking of Patti LuPone, I am casting Raul Esparza in Gypsy. Esparza arguably should have won the Tony back in 2007 for his performance of Bobby in Sondheim’s Company, so it makes sense that his cross-gender turn happen in another classic Sondheim role. There’s no denying that it will be a stretch for Esparza to play a Rose, but listening to the revival of Company for the umpteenth time, I know he could get the vocal power, showmanship, and underlying vulnerability required for the part.

Imagine an entirely gender-bent cast of Dreamgirls with a soulful rendition of “One Night Only” from Billy Porter and Audra McDonald letting loose with “Cadillac Car” and “Fake Your Way to the Top.” They are both familiar with the show from the 2001 concert performance together, and Porter has proven capable of pulling off a soulful pop sound in Kinky Boots, all in high heels.

To be honest, the idea might prove to be a total disaster on-stage, but it would be a magnificent, glorious disaster. Like the shoe-obsessed spiderwomen in “Deeply Furious” from Spiderman: Turn Off the Dark, a gender-bent Dreamgirls would be a Broadway moment that must be seen to be believed.

Bertie Carvel as Whoever the Hell He Wants

Yeah, my love for Matilda and Bertie Carvel’s performance is no mystery, but beyond that single performance, he is a great actor that seems to enjoy pushing his limits. Consider that before appearing on Broadway as Agatha Trunchbull, he played Enrico, a Neapolitan gangster, in Damned By Despair and Leo Frank, a Jewish factory manager wrongfully convicted of murder, in Parade. I don’t really care if he is cast as a woman or a man, I just hope that Bertie Carvel comes back to Broadway soon.

Fran Drescher as Everyone

I realize that Fran Drescher is busy playing Madame in Cinderella, but after April 13, maybe she can step into these other classic roles.

Fran Drescher as Rocky in Rocky 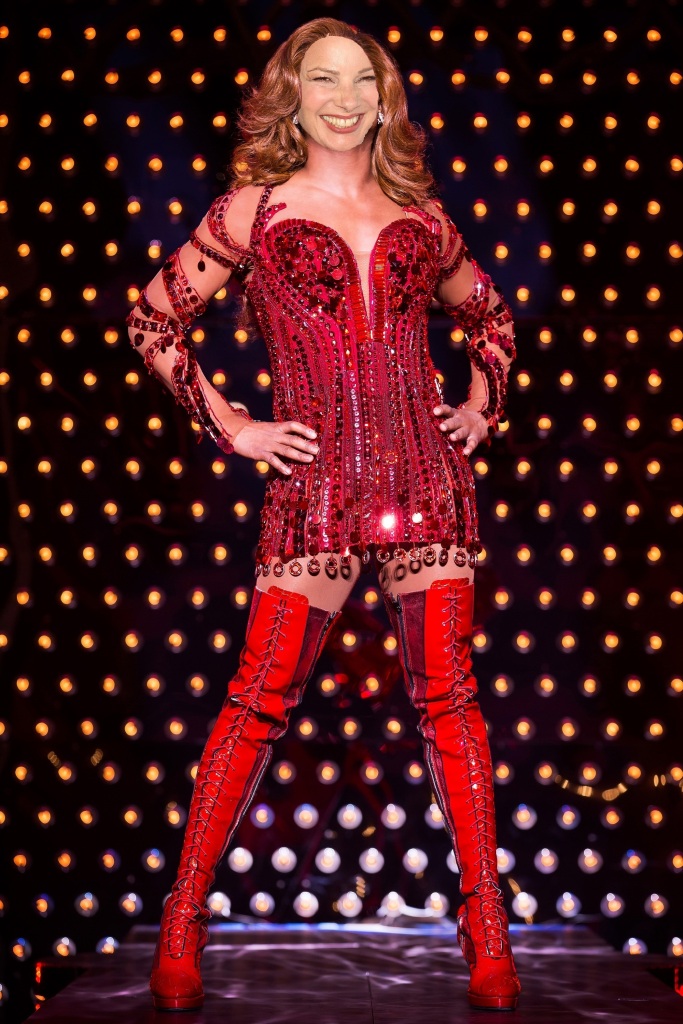 Fran Drescher as Rafiki in Disney’s The Lion King

One thought on “Cross-Gender Acting: Past, Present, and My Dream Gender-Bending Broadway Roles”