The term “immersive theater” has been thrown around so much in recent years that it has lost much of its meaning and purpose as a storytelling device. Punchdrunk’s Sleep No More is an example of doing it right, letting the audience explore the story as they please and have different experiences on each visit. Mamma Mia! The Party is tourist-friendly, and it’s more of an excuse for audiences to drink and dance to ABBA songs. (Not that there’s anything wrong with that!) Even the newest Broadway revival of Rodgers and Hammerstein’s Oklahoma, which is already unconventional enough, is serving corn bread and chili at intermission.

Just as audiences are starting to get immersive theater fatigue, writer Matt Cox and director Kristin McCarthy Parker (Kapow-i GoGo, Puffs) come along with a premise that is insanely ambitious, technically challenging to say the least, and gobsmackingly brilliant. Their new play The Magnificent Revengers, which is currently playtesting at the People’s Improv Theater, is a choose-your-own-adventure revenge Western. Using their phones, the audience votes on a wide range of decisions, including whether to kill or spare an enemy, buy a boat, and which of your companions will get a pretty flower. Some of these decisions may seem minor, but there are always consequences down the road.

Dorothy (Julie Ann Earls) has returned home to her family farm after the death of her brother to settle affairs and sell the land. The townspeople, including Dorothy’s old friend Frank (Nick Bublitz), see her return as a chance to vanquish the local bandits and reclaim their town’s former glory. When her brother’s ghost returns to demand vengeance, though, Dorothy must decide if she will continue to run from her mistakes or confront her past and her family’s legacy, warts and all.

The Magnificent Revengers works because it understands the Western genre, from the stock characters and story tropes to the larger world, which is at times cartoonish and goofy, the next moment dark and violent. (The Coen Brothers’ Ballad of Buster Scruggs also nails this dichotomy of the genre.) Playwright Matt Cox has taken on anime, Saturday morning cartoons, video games, PBS legend Bob Ross, and the world of Harry Potter in his previous work. Where other playwrights would lampshade or throw in a reference here and there and call it a day, the script is a deep-dive into the genre while also being an engaging original adventure on its own. 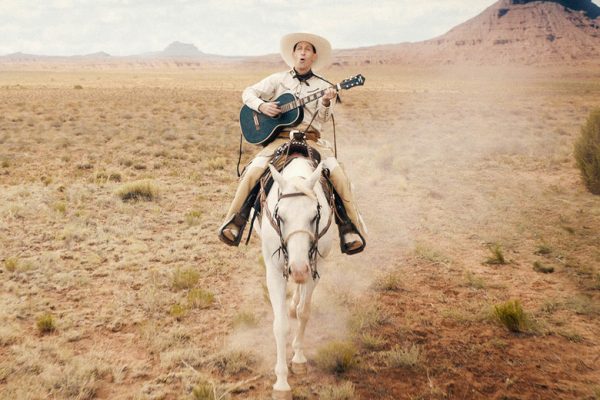 The Ballad of Buster Scruggs – Netflix

The Magnificent Revengers understands that for all the tall tales and folk songs, the Wild West was built on stolen land and bloodshed. While the story doesn’t show the point of view of America’s indigenous people, a shortfall also shared with Coen’s Buster Scruggs, Dorothy is constantly confronted with what her family did to get their American dream. There is the on-going Hatfields and McCoys feud between her family and another local family. Her family came out on top and got to live on as local legends, whereas the truth is far from heroic. Dorothy avenges her brother without questioning why he was killed in the first place, and she defends her family’s land, but when she’s asked who her family stole it from, she has no reply.

Not Just Another Choose-Your-Own-Adventure

The Choose-Your-Own-Adventure conceit has been making a comeback in pop culture with the increased interest in 80s and 90s nostalgia. Netflix’s Black Mirror: Bandersnatch has been the highest profile experiment with a Choose-Your-Own-Adventure story told in a new medium. Bandersnatch follows a video game developer who gets his first big break and then struggles with mental illness (or other malevolent forces) as he tries to meet his deadline. The episode prompts viewers to make choices, like picking out music at the record store or taking his medication, and depending on their choices, he finishes the game on time but gets poor reviews, finishes the game on time but loses his mind, gets good reviews but murders multiple people, and so on and so forth.

Obviously, it is impossible for The Magnificent Revengers to have as many story decisions as Bandersnatch because of the limitations of live theater vs. a pre-filmed TV episode, but in many ways, The Magnificent Revengers offers a richer experience. First, it’s more impressive to see it play out on stage. For example, the Harry Potter movies have a huge CGI budget. Summoning a book or taking Polyjuice potion isn’t impressive on its own. In the stage play Harry Potter and the Cursed Child, summoning a book or taking Polyjuice potion gets spontaneous applause, and the audience is much more invested in how they’re pulling it off. 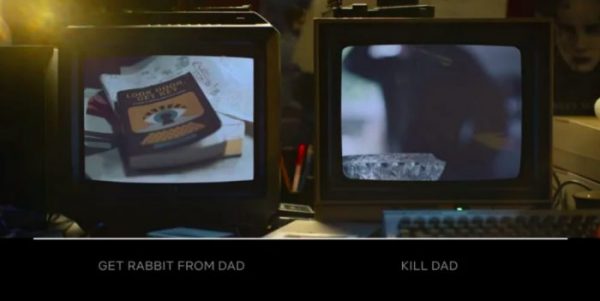 Second, Bandersnatch was a horror/drama/tragedy, depending on the choices, and I didn’t think the genre was a natural fit. Sure, having the protagonist as a game developer made sense for a choose-your-own-adventure, but for all the choices available, I didn’t feel like I had much control. After my first few times through, I got frustrated at its repetitive nature and nihilistic viewpoint, not to mention its dangerous messages about art and mental illness. (No, artists with mental illness won’t make better art if they go off their medication. This trope is harmful, and I’m not overstating that.)

Finally, unlike Bandersnatch, the decisions in The Magnificent Revengers aren’t made in a bubble. The audience is making these choices collectively. Each person gets a vote, but unlike in the United States (HOT TAKE ALERT! HOT TAKE ALERT!), whatever gets the most votes wins, and the whole audience must live the rest of the show with those decisions. Sometimes they vote for something because it’s ridiculous or will lead to full anarchy, but as they get to know Dorothy, Frank, and the rest of the crew, there is a shift. The voting can swing from tenderhearted to coldly pragmatic in a matter of minutes, but when the votes come down to the wire, reactions are loud and passionate because the audience cares. Bandersnatch is an groundbreaking episode of television, but apart from the mother’s subplot, it is an impersonal experience by design. The Magnificent Revengers wants to wow its audience and win its heart, too.

But Will It Work?

Going into The Magnificent Revengers, my biggest question was how live actors could pull this off. Performing a 2.5-3 hour show is a feat in itself, but if the story can shift based on a handful of decisions, what does the rehearsal process look like? How can the cast keep it all straight? What kind of dark magic is this?

Walking out of the theater, however, I had no doubt that they’ll do it. It won’t be easy, and there are still plenty of kinks to be worked out with the voting system, but they’ll figure it out. What I was left pondering was the cycle of violence in Western myths and how our choices can perpetuate it. The Magnificent Revengers cannot be divorced from its central mechanic of audience participation because the participation is the point. Vengeance and mercy are choices, yes, but so is apathy, and it’s a choice that the world cannot afford now. If this is the next step in “immersive theater,” count me in.

The Magnificent Revengers has two more developmental readings on April 23 and April 30 at 8:00 PM at the Peoples Improv Theater. Tickets are free and available through Eventbrite.