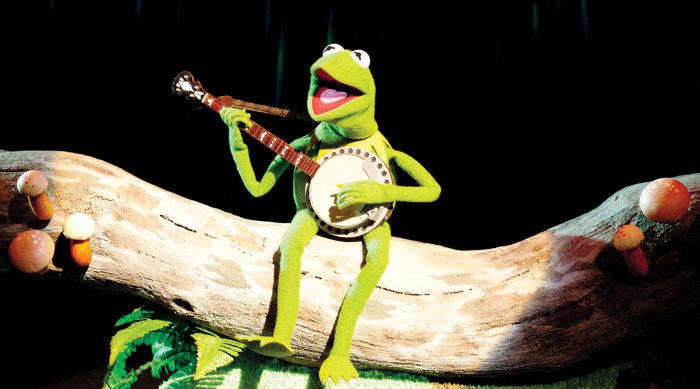 Last time, I picked Alex Timbers as my dream director for a Muppet stage show, but a director can only do so much if their musical has a mediocre score. Which composer will have the honor of writing for the Muppets in my dream stage show? Read on to find out.

The obvious choice for a dream composer is Robert Lopez, the man who created Sesame Street’s R-rated counterpart, Avenue Q. Lopez just achieved the EGOT, and he has worked with Disney (who owns the Muppets) on Frozen, Winnie the Pooh, and the Finding Nemo stage musical at Disney’s Animal Kingdom theme park. Why shouldn’t Lopez write the music for a Muppet stage show?

The simple answer is, there isn’t a good reason. I know he would write fantastic music if he was offered the job. There is a reason why nearly every project he touches turns to gold. He is a talented composer, but he and his wife/writing partner Kristen Anderson-Lopez are in extremely high demand. Already, they are rumored to be working on two other musicals including another project for Disney, Bob the Musical. A Muppet stage musical requires a composer that can focus their full effort and attention, and for now, Robert Lopez has the happy problem of being too busy.

Marc Shaiman has been writing great songs for TV, film, and Broadway for years including recent classics like “You Can’t Stop the Beat” from Hairspray and “Blame Canada” from South Park: Bigger, Longer & Uncut. His songs are very catchy, upbeat, and just plain fun. When required, he can also pull out a heart-felt ballad like “I Know Where I’ve Been” or “Fly, Fly Away.”

Though Shaiman is great on his own, I want to pair him up with Tim Minchin on this project because I think some of his best work comes out of collaborative efforts. For example, he worked with Trey Parker on South Park: Bigger, Longer & Uncut and with Scott Wittman on Hairspray, the former leading to an Oscar nomination and the latter winning 8 Tony awards including Best Original Score. Besides that, I loved Minchin’s work on Matilda. His lyrics pushed actor’s diction to the brink with lines like, “Persistently resisting this anarchistic mischieving,” and Miss Honey’s ballad “My House” gets better and more heartbreaking with each listen. I also love the idea of Miss Piggy’s big number looking like Mrs. Wormwood in “Loud,” a big, flashy dance number with tons of jokes hidden in the text.

Marc Shaiman and Tim Minchin are my picks for composing a Muppet stage show, but I want to hear from the readers! Who would you pick to write the music? Leave a comment below, and let me know what you think! If you like the blog, please share it on Facebook and Twitter, and follow us on Twitter @LudusNYC! We post Broadway ticket lottery times daily, and you can find links to all our blogs, news, and show information!

2 thoughts on “The Great Musical Muppets Take Manhattan: My Dream Composer for a Muppets Stage Show”