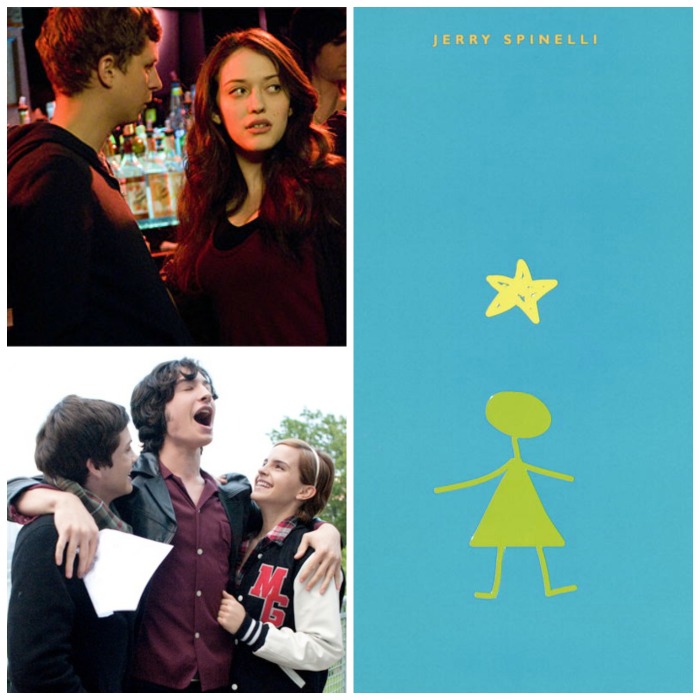 Broadway has a habit, for better or worse, of following Hollywood trends. This year’s blockbuster line-up was full of YA, or young adult, novel adaptations from The Fault in Our Stars to Maze Runner and If I Stay, not to mention the highly-anticipated The Hunger Games: Mockingjay Part 1.

YA novel adaptations have been popular on Broadway for years with successful adaptations of Little Women and The Secret Garden, and Matilda. The stage adaptation of The Curious Incident of the Dog in the Night-Time also recently started previews, and the Public Theater’s popular adaptation of Alison Bechdel’s Fun Home will get a Broadway run at Circle in the Square. If Charlie and the Chocolate Factory does well enough in London, author Roald Dahl could very soon have two musicals playing on Broadway based on his books.

All of these YA novel adaptations on-screen and on-stage got me thinking about books I would love to see adapted as musicals. Which childhood classics and coming-of-age stories should get the Broadway treatment? Read on to find out. In no particular order, here are the top 15 YA books that would make great musicals.

10. Sideways Stories From Wayside School – Louis Sachar is better known today for his Newbery Medal-winning book Holes, but I have a giant soft spot for Sideways Stories from Wayside School. The loose series of vignettes set in the world’s weirdest school is like Welcome to Nightvale for grade school. Wayside School was supposed to be a one-story school with 30 classrooms, but the builders mixed up the dimensions and built a thirty-story school with one classroom stacked on top of another. One student can only read words written upside-down. Mrs. Gorf, one of the teachers, turns her students into apples, and when she herself is accidentally turned into an apple, one of the other teachers eats her.

The obvious choice for adapting Sideways Stories from Wayside School is Robert Lopez and Kristen Anderson-Lopez. Robert Lopez was the co-writer of Avenue Q, another musical that is basically a series of vignettes in the style of Sesame Street. Since then, Robert and his wife/writing partner Kristen Anderson-Lopez have collaborated on a number of musical projects including Winnie the Pooh, Finding Nemo – The Musical at Walt Disney World, and Frozen. Together, they could craft a musical that is funny, sweet, and kid-friendly without being childish in its humor.

9. The Perks of Being a Wallflower – The Perks of Being a Wallflower is having a resurgence of late, mainly due to the 2012 film adaptation (which was one of my favorite films of 2012). The book has been back on the New York Times Best Sellers List for children’s paperback books, and 15 years after its initial release, teenagers are still falling in love with Charlie, Sam and Patrick. (Mainly Patrick. Everybody loves Patrick because Patrick is the best, ever.)

My pick for composing this beautiful, angst-y masterpiece is Michael Friedman. He is best known for writing the music and lyrics for 2010’s well-loved (and short-lived) Bloody Bloody Andrew Jackson, but he also wrote the musical adaptation of Saved! which ran at Playwrights Horizons in 2008. In Bloody Bloody Andrew Jackson, the adolescent angst is mostly played for laughs, but the moments of sincerity are potent. Plus, his experience writing Saved!, another musical about high school outsiders, will serve him well. I am curious what he would do with the material, if given the chance.

8. Stargirl – Jerry Spinelli’s lovable oddball Stargirl endeared herself to me with her ukulele, unconventional cheerleading (cheering for both teams), and unwavering friendliness. Unfortunately, her classmates go from embracing her in all of her strangeness to outright rejecting her. Her attempts to fit in and conform to what they expect ultimately fail, and in the end, she chooses to risk social rejection and live life in a way that makes her happy, being true to herself.

Cyndi Lauper proved herself as a Broadway composer with Kinky Boots, a musical where the two central characters are trying to find their place in the world. Charlie is desperate to separate himself from his father’s shoemaking legacy, and Lola wants to find acceptance and success outside of her close-knit drag queen community. The dynamic between Leo and Stargirl is very similar. Leo is excited by Stargirl and the idea that he doesn’t have to do what his classmates expect of him. At the same time, he is also afraid of rejection and isn’t strong enough yet to choose their friendship over popularity. Having heard Lauper’s work on Kinky Boots, particularly “I’m Not My Father’s Son” and “Soul of a Man,” I know she would do brilliant work with this bittersweet high school fable.

To make things easier, there is no need for a composer. Cohn and Levithan already put together a song list which includes The Clash, Belle & Sebastian, Ani DiFranco, and Britney Spears. The licensing rights will be expensive, but considering the success of similar jukebox musicals like Rock of Ages, the pay-off could be well-worth the price.

6. Forever – Judy Blume could have easily taken more than 2 spots on the list, but Forever demanded to make the cut. Katherine’s story of first love and many other important firsts provided me and many other teen girls with needed insight into our own bodies and desires. Sex is more complicated in real life than it is in the movies, and Forever shows readers how sex changes a relationship and both people in it.

Duncan Sheik and Steven Sater’s work on Spring Awakening make them the obvious choice to write the show’s music and lyrics. Songs like “The Word of Your Body” and “The B—- of Living” express a teenager’s emotions beautifully and remind older audiences what it was like to be that age. If a musical adaptation of Forever is going to work, Sheik and Sater will need to write more songs like that.

Stay tuned for #1 thru #5, including more YA classics by Neil Gaiman, Norton Juster, Louise Fitzhugh, and more!